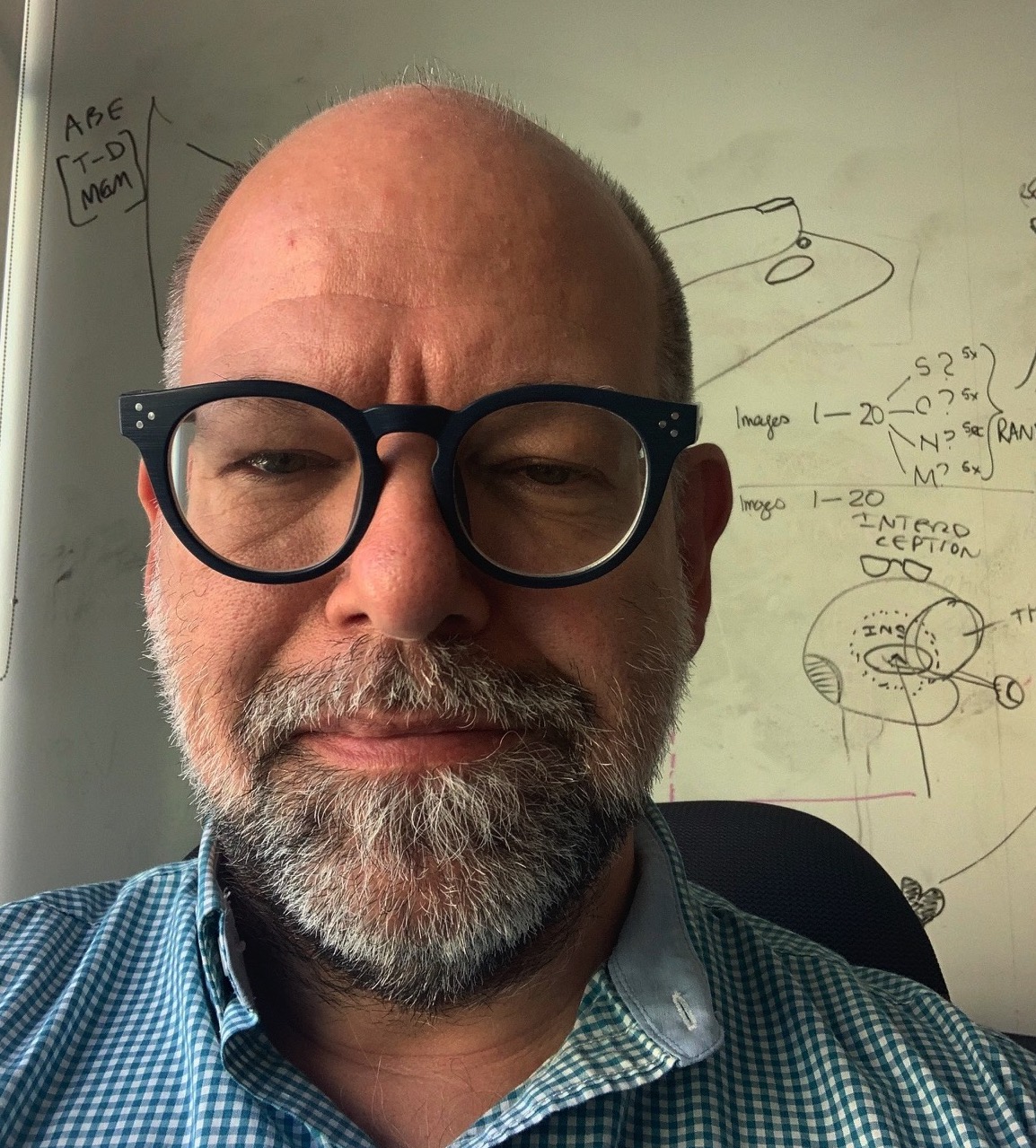 One of the key theoretical ideas that led us out of behaviorism was that the internal state of the observer shapes their representation of the external world. To this day, I remain fascinated by both the breadth and limitations of this influence and argue its interpersonal “subjectivity” is to help more than to hurt us, a form of emotional objectivity or rationality (Todd, Miskovic, Chikazoe & Anderson, in press). Our emotions insist that we are not passive observers giving equal access for all information to awareness or for later retrieval from memory. Information acquisition and storage is modulated by the information’s importance to the observer, whether that is the needs of the body reflected in how pleasure is embedded in taste representations (Chikazoe et al, 2014; Chikazoe et al, 2019) or the abstract higher order needs of the conceptual self (Farb et al, 2007). My lab’s work has investigated how emotions touch upon all aspects of information processing, serving as a critical basis for information selection at multiple levels of the nervous system.

This work has taken varies forms, including 1) how emotions filter light before they hit our eyes or molecules to our nose due to the sensory gating functions of emotional facial expressions (e.g., Susskind et al 2008; Lee et al 2014), 2) how emotional arousal regulates attention and to shape perceptual awareness (Anderson & Phelps, 2001; Anderson, 2005, Hu, De Rosa & Anderson 2018) and its vividness (Todd et al 2012), 3) shaping memory consolidation (Anderson, Wais & Gabrieli, 2006) and retrieval vividness (Todd et al 2014), capacity for creative thought (Rowe, Hirsh & Anderson, 2007) and moral judgment and decision making (Champan & Anderson, 2014) Chapman, Kim, Susskind & Anderson, 2009). Along the way, I have enjoyed being methodologically diverse, depending on the question at hand addressing it with a variety of approaches, including self-report, behavior, psychophysical, psychophysiological, neural, genetic, and interventional approaches.

Our most recent expression of the arc of this research program, is to think of affect not only as subjective stance but as an “objective” perceptual dimension, by having our subjective assessments embedded in the sensory cortices that represent the external world. Or at a minimum, at the junction of two. A much less controversial view is to understand affect and value as something added on to objective events later, by brain structures well outside of sensory cortices, which is indeed also true. But in addition, rather than being treated as apart from sensory data, it is a part of sensory data, at least we have some evidence from the brain that it treats it as so (Chikazoe et al, 2014; Chikazoe et al, 2019) . Miskovic & Anderson, 2018; Todd, Miskovic, Chikazoe & Anderson, in press).

When we look at fine grained patterns of activation within modality specific sensory regions, in the same regions that modulating salience (Todd et al 2012), we find neural patterns that distinguish our feelings about the sensory data. While we have thought for some time that valence information is represented in older chemical sensor systems, like taste or smell. Indeed we have recently found that in the same gustatory region that represent distinct taste types, has distinct patterns to represent how much we like or dislike them (e.g., sweet might taste good, but its neural signature is distinct from its value signature). This good for me vs bad for me distinction, although not readily identifiable from the visual data on the retina, is decodable in neural data in the visual cortex, embedded in the same regions that represent visual features, but relying on distinct patterns of activity (Chikazoe et al, 2014). Thus, in addition to represent affect/valence/value as a common signal, we also find distinct valence codes for distinct sensory systems. We are working to understand if these represent distinct affective qualia for each sense and have other consequences for perceptual experience.

This theoretical and empirical body of work has larger implications for how we understand emotions, their functions, and origins. Taken as a whole, our work argues that emotions serve as critical adaptations for regulating information processing at various stages, from initial exposure to our sensory surfaces, to the consolidation of sensory events into awareness and to storage and later retrieval from memory, to critically shape how we represent the world. While emotions were once thought to be too subjective to measure, we counter that there is an emotional objectivity (Todd, Miskovic, Chikazoe & Anderson, in press), where our is just as real and objective to our brains as any representations of external sensory data. While this work often reflects tests of a highly theoretical nature, I am swayed by the real world consequences of this new perspective, which has taken our work in new applied directions.

Below I have highlighted specific sub themes in my research and associated representative publications. *denotes trainee. A full list can be found here. 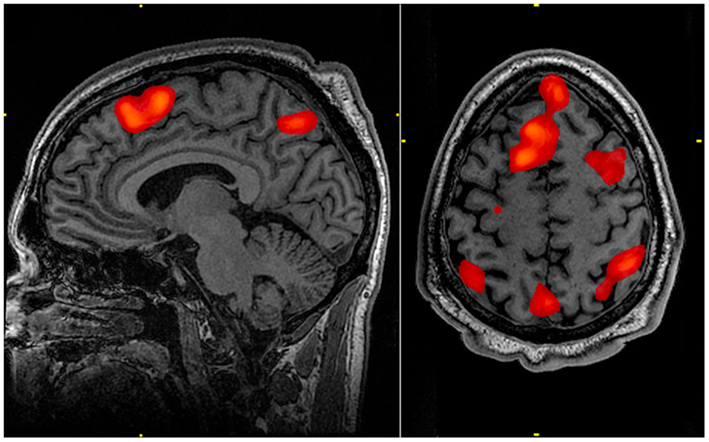 What are emotions and what can the brain and body tells us about them? Our research has examined how central and peripheral physiological activity patterns relate to emotional experience, and the testing of specific models of affect and emotions. This work has gone on to demonstrate how neural population codes may represent affective experiential dimensions via specific patterns of activation within a brain region. Affect appears to span multiple levels of the nervous system, even interleaved with “objective” exteroceptive perceptual representations of the external world. 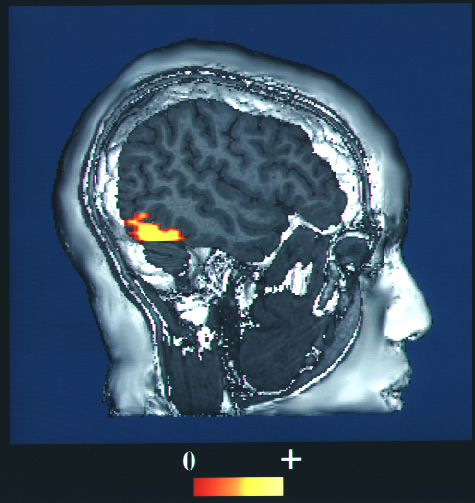 Rather than a form of perverse irrationality, my research come from a perspective that emotions are adaptive, if not evolutionary adaptions. In moderation, even the “bad” feeling ones are good for us. I have long been interested in how affective dimensions, distinct emotions, and their underlying neural components, afford adaptive regulation of various facets of cognition, ranging from perceptual awareness, memory and problem solving to moral judgment. These findings have revealed insights into the distinct roles of arousal, valence, and distinct emotions, such as disgust, in emotion-cognition interactions. Emotions are an interaction between a person and the situation. To understand such individual differences, we have investigated the role of genetic variation in noradrenergic neurochemistry and how individuals experience positive emotions regulates attention. 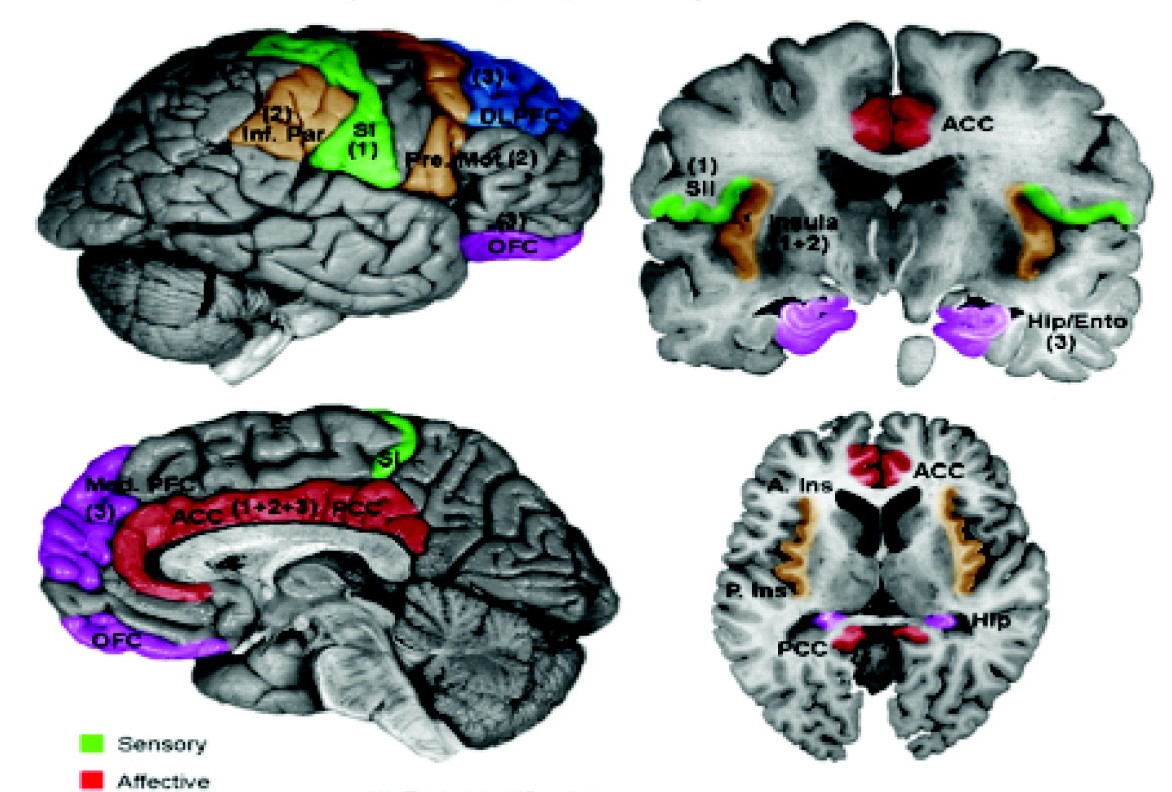 Why do expressions look the way they do? Our research on the form and function of facial expressive behavior examines Darwin’s theorizing on the basic adaptive regulatory origins of emotions. While long debated whether there are distinct expressions, our work suggests expressive facial actions can be described as originating from opposing facial actions, such as the opening and closing of the eyes, that have sensory functional consequences for the expressor, serving to alter the sensitivity versus acuity of our sensory systems. We have proposed and examined that emotional expressions originate first as a basic sensory regulatory role for the expressor and then as an act of social communication, to regulate the mental states of others. This work provides a basis for any cross cultural similarity of expressions as well as the perceptual foundations of emotional mental state reading. 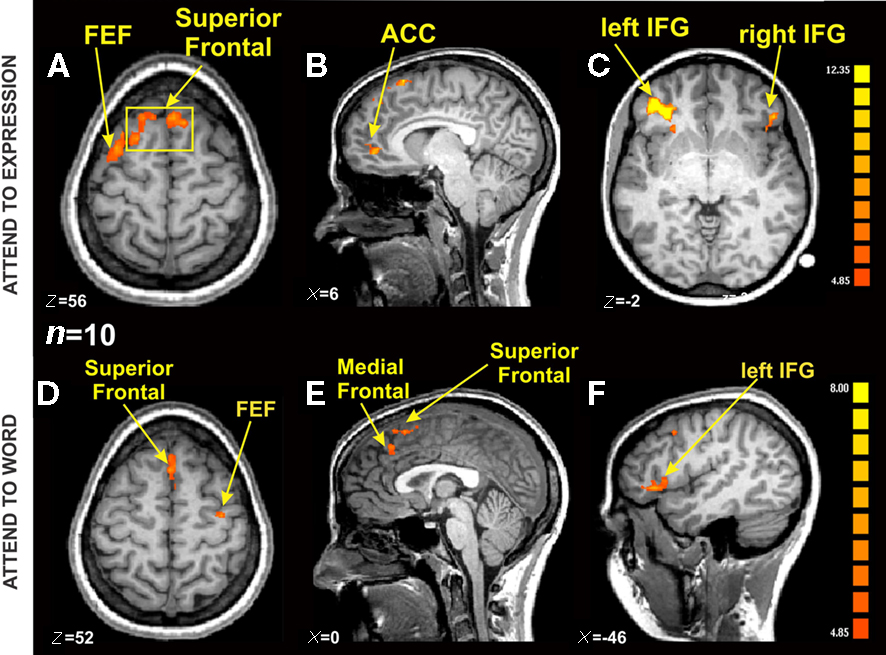 4. Representations of bodily activity in emotions and cognition.

How important is the body to emotions and the regulation of cognition? In “What is an emotion?” William James outlined a theory of emotions as residing not in specialized centers of the brain, but simply in brain regions that represent the collective activity of the body. One facet of our work has examined how the brain represents information from the body, its importance for the subjective experience of the self in the moment and in constructing emotions and its relationship to mood disorders. We have an interest in the plasticity of the bodily self via attentional training interventions such as mindfulness meditation. More generally fluctuations in bodily states regulate on-going perception and cognition. 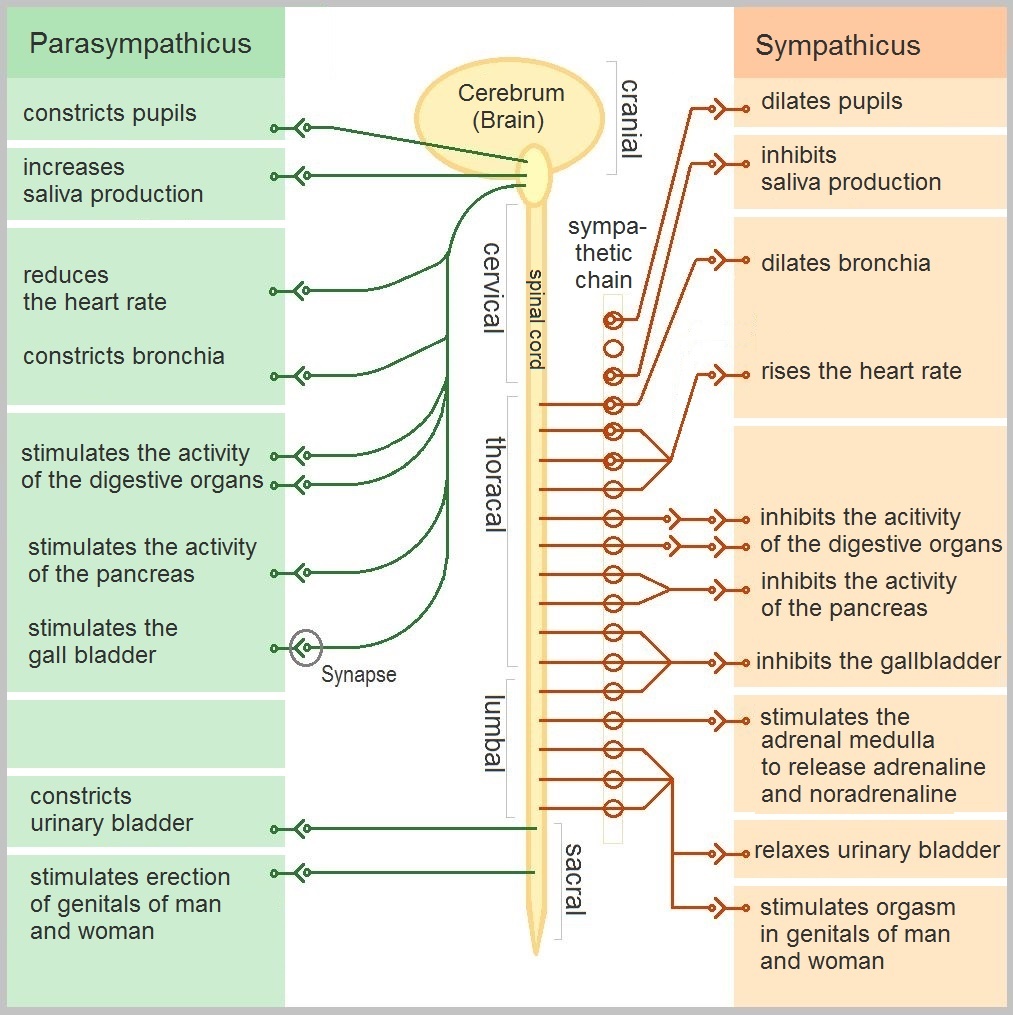 Current and future directions:Recent applied directions of this work have examined how one experiences positive value, from earning or saving money, asymmetrically regulates attention in the present, which may have important consequences for future savings.

Template from TemplateMag
Scroll to Top